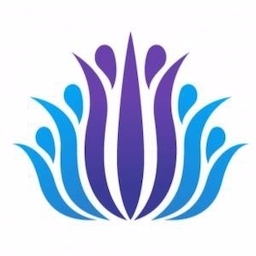 The first time I ever heard the word "sensitive" it was parked right next to the word "too"...as in "you're too sensitive."

As a child, I was loved. That was never a question. But life threw some serious curve balls my way. If my life had a theme song, it would be Frank Sinatra's "That's Life" because my life embodied the "riding high in April, shot down in May...up, down, over and out" blueprint.

But damn if I wasn't resilient. I learned how to adapt. Despite a fairly constant degree of uncertainty in my life, I was an excellent student. Perfectionism? Ohhh you better believe it. I was determined to prove to the world that I was NOT a "too sensitive" ninny. I could take it. I DID take it. And to the outside world, I looked like a rockstar of achievement.

It had a cost, though. Anxiety. Insomnia. Depression. Those were the beasts I would lay awake at night trying to slay.

Since school was always an area I thrived in, I decided to get a master's degree in Holistic Health Education. I thought, perhaps, I could academic my way out of my misery. And truth be told...the content definitely helped. It gave me a language for what I was experiencing and gave me some evidence-based tools to help me cope. It was also in graduate school that I stumbled upon Elaine Aron's work on Sensory Processing Sensitivity and discovered that I am not a basket case (well...maybe I am a little bit ...but we are all a little nuts, aren't we?) But my special challenges were not due to some deficiency. I'm just a sensitive person. But for the first time, the word "sensitive" was NOT situated irritatingly close to the word "too." Sensitive, it turns out, doesn't have to be a derogatory word.

I spent over a decade putting what I learned in graduate school into practice. Along the way, I recruited support from those who helped me to reframe my experience into a narrative of empowerment (rather than one of lack). I got mentored by a yoga therapist. I sought out guidance from a seasoned life coach. I sought inspiration from the memoirs of fellow sensitive people who had found a way to create lives that allowed them to flourish. I untangled myself from relationships that didn't serve me and I curated a community of people who love me for who I am and challenge me to be my best self.

One of the hardest parts of creating a life that looked like me was the sense that I was doing it all alone. As an introvert, that's really hard for me to admit. I felt like there was something wrong with me. I needed to work harder than most other people to strike a balance between health and wellness on the one hand...and joy and excitement on the other. I felt like I either needed to buck up and learn how to blend in, or else fade into the shadows so that I could get the rest and recovery I needed. It took a lot of work, but I realized that I can live, work, and even LEAD without having to sacrifice my health or my sanity in order to do it. That process took me years. I want to help those who might have struggled with many of the same challenges, but who don't want to take three decades to find a balance that works for them.

Why You Should Join:

We Are Coming Together To....

The Healthy Sensitive Network is a group that brings together ambitious highly sensitive people to create habits and practices that help improve their health so that they can better create, self-regulate, and communicate. We are coming together to create rich and vibrant lives that allow us to have BOTH health AND purpose.

In our community, you will get:

- An ability to connect with other HSP's in a safe space (basically...it's social media without...you know...the social media part)

I cannot express my gratitude enough for your willingness to join us in this mission. Every time you log in and share your wisdom, your challenges, your creativity....you remind the rest of us that we are not alone. Your willingness to be vulnerable, authentic and honest gives us all courage to mirror that back out into the world ourselves. Thank you for your support and for your contribution!

Keep Up With The Healthy Sensitive On The Go

The Healthy Sensitive is powered by Mighty Networks
Phone numbers from outside the United States may need to use a prefix (e.g. +44 XX XXXX XXXX). Available on iOS and Android. This site is protected by reCAPTCHA and the Google Privacy Policy and Terms of Service apply.
Choose a Membership Plan
Choose Plan